Netflix is indeed a subscription to launching new anime series on its paid platform. And the recently released anime The Way of the Househusband is an adaptation of the manga of the same name by Kousuke Oono, bringing a fresh premise with a comedic situation of deadpan-style humor.

Also known as Gokushufudou, this anime tells the story of Tatsu a.k.a Immortal Dragon. He is a former Yakuza boss with a fearsome reputation, but has changed his mind by becoming a housewife (or househusband) to help his wife, a career woman who works as a designer.

Explore the daily life of Tatsu who is tall, full of tattoos, and scars on his face, dealing with the lives of ordinary people. Starting from preparing a bento for his wife, taking aerobics classes, shopping at the supermarket, or his interaction with a white cat named Gin.

Damaging the image of masculinity

The manga that has gained popularity since its introduction in 2018 offers a different premise than other comedy manga. The synopsis of the Yakuza’s spooky image and is described as a housewife is already intriguing.

Tatsu’s character still carries a Yakuza aura with a black shirt, but with the addition of an apron from his wife’s favorite character, it hits the sinister image of the typical Japanese criminal syndicate. Moreover, Tatsu has not completely let go of his background, such as his typical speaking style.

Anime The Way of the Househusband breaks the masculine side of men by making them more human: there’s nothing wrong with being a housewife. Cleaning the house or cooking. Tatsu’s character is not only used as the foundation of comedy, but also brings more plural male values.

There is something different about The Way of the Househusband’s animation style. The reason is that this 17-minute anime shows images that don’t move much, and are mostly static. It was first shown in a trailer released by Netflix on March 2.

However, this new style received a lot of criticism when the animated series aired. Unlike Spider-Man: Into the Spider Verse (2018), which introduces animation like a comic book, this anime brings still images in most of its scenes, except for the mouth or eyes.

Although different from most anime, it turns out that this style is the choice of the director, Chiaki Kon. In an interview with Natalie.mu, this was a request from a producer to make an “anime just like a manga, never moving”.

Despite showing motionless animation, Gokushufudo is not the first to use this animation style. Is a Gag Manga Biyori anime that often uses static images to add a comedic effect from the deadpan style of humor.

The five episodes released by Netflix only contain a few short stories from the manga series. Timing speaks volumes; The pace is fast, but sometimes it gives the audience pause, bringing the impression of a comedy that fits perfectly.

Developed with animation studio JCStaff, it looks similar to the manga version. Sometimes the similarities are in terms of frame by frame with manga. It’s like watching a webtoon, presenting a unique, but strange impression.

Maybe for some viewers, watching this presentation-style animation is like reading a manga. Although not many also call it “lazy” or “confusing”. But the unique style can be a special reason to watch this animation.

The Way of the Househusband anime presents a light, warm, and entertaining comedy. Charming voice actors, plus dialogues that are close to everyday life combined with a unique premise, bring a new style of entertainment from Netflix. The downside? Too few episodes.

Tags :
animenetflixreviewThe Way of the Househusband 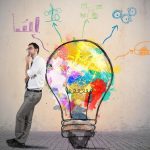 Previous Article Must Be Imitated, 3 Business Ideas that are Booming in South Korea 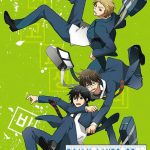 Friend? What do you think a true friend is? Is it a like-minded friend? Friends suffering together? Some answers might answer that question, but it […]