Friend? What do you think a true friend is? Is it a like-minded friend? Friends suffering together? Some answers might answer that question, but it seems very accurate to describe the story of the “unique” life of high school children in Japan in the Daily Lives of High School Boys comic, also known as Danshi Koukousei no Nichijou. By presenting the theme of everyday life along with high school jokes, this comic can bring laughter to life. You can read the Daily Lives of High School Boys comics for free on Kiryuu.

Daily Lives of High School Boys is a comic by Yasunobu Yamauchi which was first released in 2009 with a total of 7 volumes and was adapted into an anime in 2012. This series has also been adapted into a live action film in 2013 as well.

This is a story about a group of crazy boys from Sanada High School who are looking for their identity, complete with comedy and adventures.

Both from the figure of a thug-style man to an ordinary man who lives an “ordinary” life with his friends around him. This is where the beauty of the lives of young people occurs.

Because the Daily Lives Of High School Boys comic is a comic with the theme of everyday life, the storytelling here is not very consistent in plot. However, every story here is always well presented and at least able to give laughter to the reader. Broadly speaking, readers will be introduced to 3 main characters, namely Tadakuni, Tanaka, and Hidenori. The three characters will accompany the journey of “high school” children’s lives in Japan. Either reasonable or unreasonable.

However, for some readers, the beginning of this comic might feel very strange because without a narration of the character’s name and condition at that time. However, because there is no uniform flow, it can be ignored. For example, at the beginning, the reader is immediately presented with a scene where Tadakuni and his friends immediately talk without context until they move on to the main topic of discussion, namely “why do women wear skirts?”. Maybe I won’t go into further detail because at the beginning of this story, the reader can immediately laugh out loud.

For those of you who are looking for comedy comics with the theme of everyday life, especially youth with the excitement and stupidity, the Daily Lives Of High School Boys comic is really a recommendation for new readers or those who have watched the anime and live-action adaptations. Even if the reader doesn’t understand the plot or other small things, just reading one part of the story can make the reader laugh at the story he tells. 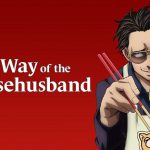 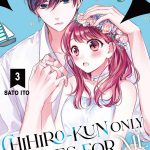 Next Article Chihiro-kun wa, Atashi Holic, A Romantic Manga You Should Try Reading…