In this article I will discuss a manga entitled “Kekkon Surutte, Hontou desu ka:365 Days To The Wedding”, this is a manga by Tamiki Wakaki-sensei, one of the mangaka that I quite like, because in his previous work, Kaminomi is a one of the works that I liked when I was in school, and his latest work now in my opinion is one of the interesting works to read and discuss at this time. So without further ado, let’s get started…

Kekkon Surutte, Hontou desu ka:365 Days To The Wedding tells the story, Takuya and Rika are employees of a travel agency in the Tokyo area, they are not good at socializing, but they live a very satisfying life. However, because the company is planning to open a branch in Siberia (Russia), there is news that single employees will be prioritized to go to that branch, and Rika, who feels troubled by this, invites Takuya to marry. The two, who hardly ever spoke, would marry after only 365 days?

Kekkon Surutte, Hontou desu ka:365 Days To The Wedding, is a unique manga and tells a story that I think can be felt right now. When reading this manga, I feel that the topics that this manga raises are very real for me to read, and it feels like the many topics provided in each chapter are like current problems, so when reading this manga I feel a lot of thoughts that somehow make me agree and understand it very clearly.

This manga introduces the concept of a fake love story that exists to avoid the main problem of this series, in fact if discussing concepts like this have already existed and it seems that many have provided it. However, this series brings something newer, where we are presented with a character who both are people who are not interested and have no relationship with each other, and even then, those who read it feel the uniqueness of developing the concept of a story which is actually common for people who read it. we know. The presentation of the topics in each chapter is also very unique, and can be discussed very interestingly, so that I who read feel something completely different from this series. 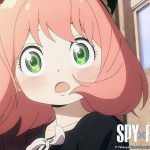